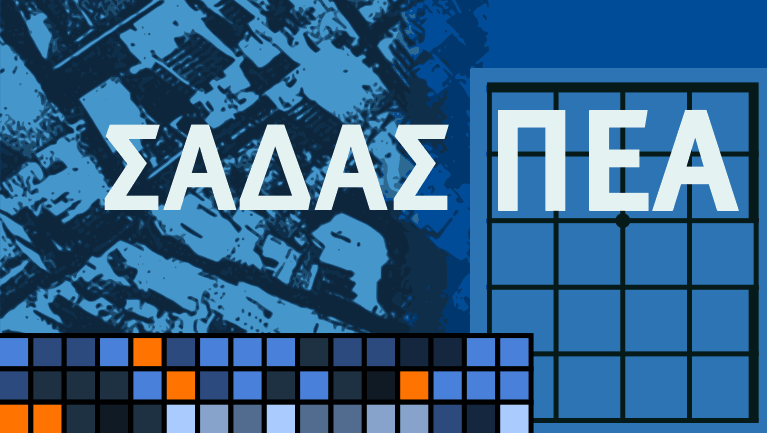 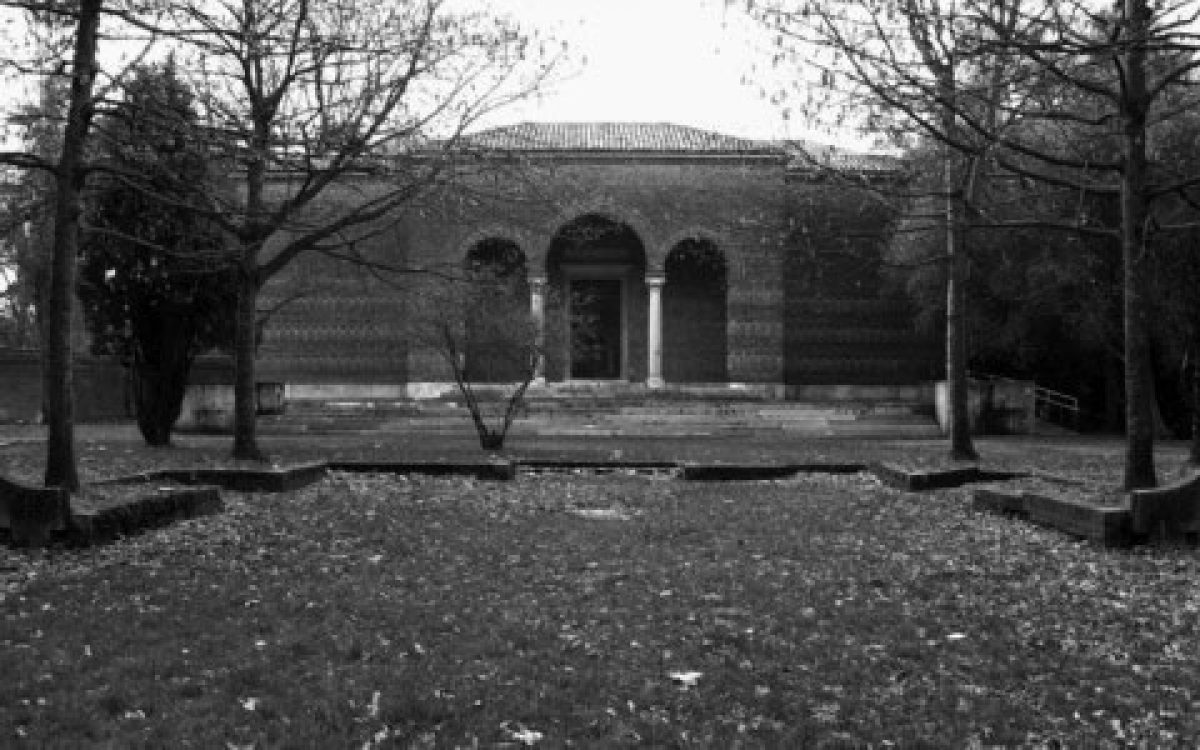 Selection of excerpts by Vassiliki Panagiotopoulou, translated by  Yannis Mitropoulos

Having undertaken the promotion of the National Participation of Greece in the 14th International Architecture Exhibition La Biennale di Venezia, ΣΑΔΑΣ-ΠΕΑ and the Editorial Committee of ‘‘αρχιτέκτονες’’ (arhitektones), the journal of the Association of University Graduate Architects-Panhellenic Union of Architects, took the initiative to invite all the curators past and present –from the first hellenic participation (in the 5th Venice Biennale, 1991) to the current one (14th Venice Biennale of Architecture, 2014)– to their first ever group discussion.

“The purpose of the discussion is to list the questions placed, as well as the opinions or contradictions that derive from the themes of each BIENNALE, and examine the value or lack of it of these Exhibitions of international importance over time.
What is their contribution to the forming of institutions and bonds, and to locating contradictions within the international architectural community?
Has the hellenic participation communicated, both within the country as well as to the international stage some crucial points, and if so, which are these?”
[p. 50-51] … I feel the need –for the young colleagues- because as time passes I am receiving a sense of quitting: “since we are not practicing actual architecture anyway, let’s do something else”. Thus, I get the feeling that [young colleagues] have departed from an area that they ought to claim, re-claim, and occupy. In this year’s Biennale, I notice a concern is returning, that has the meaning of: “we will also present a project” not only of local importance, the ‘‘Xenia’’ hotels as a project, but of international interest as well. Noteworthy architecture, that was internationally acclaimed.
Eleni Fessa-Emmanouil, curator of the hellenic participation “New Public Buildings of S. & D. Antonakakis, N. Valsamakis, A. Tombazis”, at the 5th Biennale
[p. 35, 36] The wider importance of the Architecture Biennale is proportional to the significance of any major and international exhibition event around architecture and art … It is a fact that such kind of exhibitions seek, and often achieve in bringing forward whatever is really discussed about and occupies the interest of the international community at that moment. Whether they actually affect the real course of art and architecture is not easy to prove. The circulation of ideas is not always possible to be recorded, yet it exists and is often revealed at a different time, under a “different dress”. It is not always clear whether the Biennale suggests each time a new idea or a new route, or if it simply highlights from a selected perspective and at the specific point in time the most noteworthy events in the architectural scene…
The hellenic participations have created their own narration in time regarding not only contemporary Greek architecture but also the ways that the overall notion of architecture is every each time under the terms of a cultural event, especially within universities, schools of architecture and consequently the architectural education of our young students… Therefore, let us consider (until evidence to the contrary) our presence every two years at the Biennale more as an internal affair of ours, that fuels each time an honest and penetrating discussion about contemporary architecture in our country. The serious and substantial work and not the superficial sophistication, is what may be of use for us, and –who knows– for others too.
Andreas Giakoumatos, curator of the hellenic participation “KyriakosKrokos”, at the 6th Biennale: Sensing the Future. The Architect as Seismograph
[p. 53] The Architecture Biennale’s theme is architecture. Architecture is a pillar of civilization since the beginning of history. Therefore, I do agree that an important element of each presentation is the social one, as long as architecture itself is not omitted. It suffices that the main element is the cultural element within architecture itself.
Elias Zenghelis, curator of the hellenic participation “The City: Less Aesthetics, More Ethics”, at the 7th Biennale: Less Aesthetics, More Ethics
[p. 25] Because this (Biennale) is exactly a point and moment where architecture can touch politics. Because it is a political proposal. There, you do not only consider the morphology, the proportions of the building. There are thematic considerations and problematics about dealing with this moment –where architecture and politics are merged–, and this moment should be dealt with the utmost attention. How you deal with the wider international audience, which can comprehend something in seconds. Since the participations are so many, the spectator does not have the time to see it, unless show do it in a manner that is sufficiently visible and dynamic.
TakisKoubis, co-curator of the hellenic participation “Athens 2002. Absolute Realism”, at the 8th Biennale: Next
[p. 28] … Biennale operates as an institutional mechanism of construction (production) of the paradigm that is each time renewed and consumed. It is self-evident that such a validation is placed not only within the accepted paradigm of the international academic and professional architectural community, but also within the wider context of what we call today globalised architecture. To this end contributes the complimentary, gigantic exhibition at the Arsenale … Venice’s Biennale, as any Biennale, is a cultural place of practices of authority (managing ideas and wealth in the wider sense of the term), that has a special contribution to the historical conjecture of the globalised crisis … A potential response to this international performative institution of production and consumption of architectural ideas and architectural paradigms, could be the selection and processing of a spectrum of poetic suggestions that could start from the deconstructive desecration and reach the self-enactment of a place-less forum of urban architecture.
FilipposOraiopoulos, co-curator of the hellenic participation “Paradigms”, at the 9th Biennale: Metamorph
[p. 50] … All Biennale constitute a huge work of research. For the last decade, 15 years and 20 years, if we consider as a starting point the 1st Biennale. I do not know how we could convey all this, and compose it properly, because it is a consignment, a bibliography. I do not have a solution, perhaps with an exhibition.
HarikliaHari, co-curator of the hellenic participation “Paradigms”, at the 9th Biennale: Metamorph

[p. 51] Regarding the issue of “how much” should architecture be presented at a Biennale, I do not believe that it is the place to exhibit the quantity of a country’s work. The bet to be won is the ability of a country to participate at a public discourse about architecture … If this now happens to take place through the architectural work or through some architectural proposals, as it is the case with “Made in Athens” or could be now with “Re-making Greece”, is –I would prefer to consider it– coincidental. And I wouldn’t place it in another category, a second category of participations as the “Paradigms” or “Absolute Realism”, because they did not present architects that have created work in Greece. Therefore yes, it is an issue. It is relative to what is the desired outcome, the general theme and how much do we appear to be in touch with this theme or not.
Katerina Kotzia, co-curator of the hellenic participation “Aegean: Α Dispersed City”, at the 10th Biennale: Cities. Architecture and Society
[p. 39] … one could claim that the conduct of Venice’s Biennale “captures” the pulse of some critical discussions and questionings and invites the participants to take part in this international dialogue. Each national participation assumes a stance … by giving answers and placing further questions.
Anastasia Karandinou, co-curator of the hellenic participation “Athens by Sound”, at the 11th Biennale: Out There: Architecture Beyond Building
[p. 42] If this specific institution still retains a degree of interest today, I believe that this mainly rests upon the unpredictable presence of the national pavilions, and not on the rather predictable international part … The only exception that comes to my mind, at least, is the Arsenale exhibition of 2006. With “cities, architecture, and society”, rather than the architects themselves, as its main protagonists, the international part of the exhibition did provide a fertile ground for a comparative reading of our globalised urban environment – and its problems. Broadly speaking, though, I don’t think that the way in which the exhibition is generally structured and organised favours the emergence of significant contradictions, or critical juxtapositions. From the days of its original inception, the Venice Biennale of Architecture sought to provide shape and orientation to multiple architectural trends through the strong presence and identity that its Curators wanted to confer upon it. Hence, the exhibition tends to appear much more unifying, than conflictual … The alteration of general curators, the extremely vague themes proposed by their chosen titles, as well as the fact that the individual curators of each national pavilion are usually free to disregard them altogether if so they wish, are additional factors that do not favour the emergence of critical juxtapositions.
SteliosGiamarelos, co-curator of the hellenic participation “Athens by Sound”, at the 11th Biennale: Out There: Architecture Beyond Building
[p. 45] Looking at the future, the positive momentum of the last years should be exploited. The researching and laboratorial dimension within the conception of our presence at the Giardini of Venice, can continuously and radically change our curatorial rationale and release new creative powers within the scene of Greek architectural production. And in the term of architectural production we ought to include the production of buildings, constructions, installations, speech, spatial performances, perceptions and behaviors. In this way, the relation of the (Greek) reality can be interpreted within each epoch, in relation both to the local architectural production as well as the international cultural affairs.
Phoebe Giannisi, ZissisKotionis, curators of the hellenic participation “Arc. Old Seeds for New Cultures”, at the 12th Biennale: People Meet in Architecture
[p. 48] Regarding time limits, yes, we got there “at the last moment”. The preparation time, from the moment that the Biennale’s theme is announced is the same for everyone I believe, only that in Greece all procedures are very slow, and by the time it gets to the point –the curator–, time is already very limited.
Anna Skiada, co-curator of the hellenic participation “Made in Athens”, at the 13th Biennale: Common Ground
[p. 33] My proposal was a reaction to this issue of the assimilation of modernity 1914 to 2014. It is called … ‘‘Landscapes of Tourism: Reconstructing Greece’’ and I essentially propose to use tourism as a vehicle for interpreting the country’s modernization and reconfiguration of its national identity.
Yiannis Aesopos, curator of the hellenic participation “Tourism Landscapes: Remaking Greece”, at the 14th Biennale: Fundamentals

The article was published in the journal of the Association of University Graduate Architects-Panhellenic Union of Architects ‘‘αρχιτέκτονες’’ (arhitektones), issue 12/13, May/June 2014

This website uses cookies to improve your experience while you navigate through the website. Out of these, the cookies that are categorized as necessary are stored on your browser as they are essential for the working of basic functionalities of the website. We also use third-party cookies that help us analyze and understand how you use this website. These cookies will be stored in your browser only with your consent. You also have the option to opt-out of these cookies. But opting out of some of these cookies may affect your browsing experience.
Necessary Always Enabled
Necessary cookies are absolutely essential for the website to function properly. This category only includes cookies that ensures basic functionalities and security features of the website. These cookies do not store any personal information.
Non-necessary
Any cookies that may not be particularly necessary for the website to function and is used specifically to collect user personal data via analytics, ads, other embedded contents are termed as non-necessary cookies. It is mandatory to procure user consent prior to running these cookies on your website.
SAVE & ACCEPT